News from the Colonies

Four schools were closed for two days in Gaza, following violent riots by school-girls on Sunday. Studies were to be resumed yesterday, but out of thousands of pupils of Al-Zahra girls’ school only a few dozens turned up. In the other schools studies took place as usual.

Two employees of the Ministry of Agriculture in the Gaza Strip, Yitzhak Saluki and Yitzhak Shealtiel, were forced to defend themselves against school-girls who stoned them near the Governor’s Building in Gaza.

Only after one of the attacked retaliated by throwing stones and the other drew out his pistol, did they manage to drive the school-girls off into the school room. “Had we shown weakness we would now be buried under a large heap of stones”, said Yitzhak Saluki, who is also in charge of irrigation at the Hebrew University.

The curfew imposed two days ago on the southern quarters of Nablus was lifted at 10 a.m. yesterday. This was followed by demonstrations of hundreds of children and men. Security forces are patrolling the area and the demonstrators threw stones at them. The curfew was lifted de facto, although no official announcement was made. The inhabitants came out of their houses and several shops were opened, but when the demonstrations began the shopkeepers again closed their businesses.

The demonstrators carried pictures of Nasser and Abu-‘Amar and called slogans like “Fatah”, “Nasser” and “Abu-‘Amar”.

A reporter who was present was not allowed to enter the riot area. It has been disclosed that four to ten persons of various ages, from the age of 14 upwards, were detained by the police for questioning.

The Lands of Latrun

Haaretz of 16.2.69 reports on a plan to distribute the lands of the Latrun district, conquered in the six days’ war. According to this plan, the lands will be divided between existing settlements and a new settlement about to be established.

Emil Habibi, MK, presented in the Knesset the following question to the Minister of Defence:

(Translator’s note: the three villages of the Latrun district — ‘Amaos, Yalu and Beit-Nuba — were razed immediately after the war and their peasants were driven off by force. Their lands had for a long time been coveted by Israeli settlements just across the border). 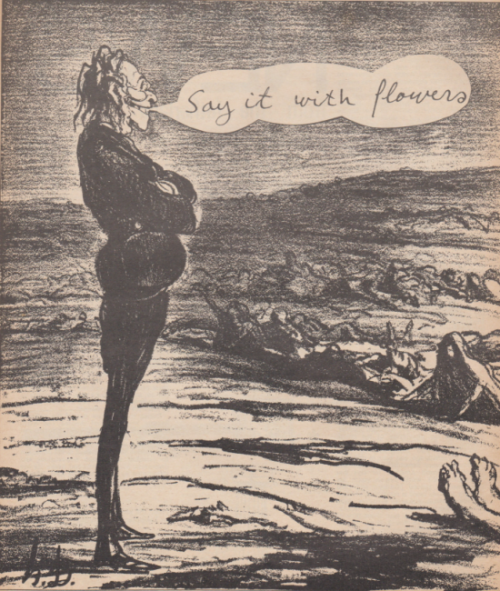 Say it with flowers

“As life goes back to normal, the question arises: to what entity do the occupied territories belong?” – this is the conclusion of a comparative study conducted by members of the department of sociology in the Hebrew University headed by Dr. Erich Cohen in the towns of Han-Yunis and Nablus. The study was made in the end of 1967 and its summary was published in the last issue of the Hebrew University’s bi-weekly.

The study shows Han-Yunis to be inferior to Nablus in every respect. In Han-Yunis, the Mukhtars (Headmen) still hold power among both inhabitants and refugees, and economic wealth is based on agriculture. In Nablus, on the other hand, the Mukhtars are regarded as having a merely formal technical role.

Han-Yunis is behind Nablus also in the development of crafts, industry and commerce, although the social elite in both towns are land-owners. But in Nablus there has grown up an opposition to this class from among the educated middle class.

Politically, the study says that King Hussein supported the traditional ruling class and this class has a stake in the existence of the Jordanian regime. On the other hand, the researchers found that “a large part of the population (of Nablus) has no wish to return to Jordan; they are interested in a Palestinian state”. The study says that the people of Nablus, more than those of Han-Yunis, are ready to express their views freely, and “rather rigid and hostile opinions” against Israeli rule were clearly voiced, mainly by circles of the local elite and the intellectuals.

The study finds that the occupation has been to the benefit of merchants and rich people and did harm to members of the professions and white-collar workers. To this situation an important political significance is attached, because the people having radical political views are among the intellectuals. “Deterioration in their economic position may be an additional motive for their opposition to Israeli rule, or at least alienate them from it”.

The study says that after the normalization of life it is necessary to have a plan for the second phase of the occupation. The plan requires an answer to the problem “to what entity do the occupied territories belong and with what symbols are the inhabitants required to identify”.

The study states that the solution of immediate and specific economic and social problems makes that problem more pressing, not less so, especially among intellectuals and members of the professions. The researchers do not ignore the fact that the answers to these questions are political, but they remark that a situation of political temporariness clearly cannot go on indefinitely.

The Military Governor in Nablus yesterday instructed that two secondary schools be closed, following a school-children riot in the streets of the “Casba”.

Yesterday most business premises in Nablus were closed, following threats made by the rioters. Many Israelis who came to Nablus in their cars turned away and left the town.

A school-strike broke out yesterday in the secondary school of Ramallah. The head-masters and teachers opened the school’s gates but the pupils did not turn up.

In the town there is tension but life goes on as usual and there were no disturbances. It was made known that the school-children were incited to strike by instigators who have not yet been identified.

When the school-boys and school-girls were asked why they went on strike, they did not know what to say. Some pupils said they were striking because of the arrest of young girls in Gaza, although it is known that the latter had been released several days before. Others claimed that the strike was in solidarity with events in Nablus and the surrounding area.

[ISRAC 1, next item: Down with the Occupation, Statement of the Israeli Socialist Organization (Matzpen), January 1, 1969]