Matzpen, the Israeli socialist organization, has never had more than a few dozen active members. Still, at the end of the sixties and beginning of the seventies, it was considered a real threat to the Israeli political and social consensus. Most of Matzpen’s members were Israeli born, coming from the deep core of Israeli society. Their fight against Zionism and against the occupation, as well as their contacts with Palestinian and European left-wing activists, were the cause of threats, slander, as well as political and social isolation.

The film touches on the main issues of the Zionist-Palestinian struggle, through the eyes of some of the organization’s prominent figures, their ideas, opinions and activities, then and today. 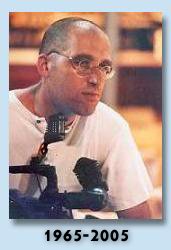 This film is dedicated to the memory of Raanan Nachmias, the photographer of this film and a dear friend.