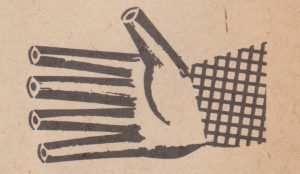 A list of Israeli citizens (mainly members of the C.P.), arrested and detained without trial prior to 1969 election.

A partial list of Israeli citizens served with military orders restricting their movements to their town or village.

Members of the Central Committee of the Communist Party:

Members of the Central Control Commission of the C.P.:

Members of the Young Communist League:

Members of the Editorial Board of the Journal “Al-Ittihad“:

Members of the Municipal Council of Nazareth:

Members of other Local Councils:

Note: These persons are amongst over 800 persons whom the army authorities have served with administrative orders – in accordance with Emergency (Defence) Regulations, 1945 – not to leave their towns or villages except by special police permit. Many of them are denied these permits.

My name does not appear in the record, although I was also arrested and put under military restrictive orders.
I was already a known first PLO prisoner dec. 1967-1968, and an activist planning the founding of Abna al-Balad Movement. I was arrested at that time. I was working in construction in Rehovot and staying the night in friends’ hut on the roof in Givatayim. The police arrested me after midnight and detained me till the morning in Ramat Gan Police Station, then I was taken to Zikhron Yaaquv detention/police station.
It was also the time of local elections in Umm al-Fahm, and an old friend of Moshe Dayan was a major candidate. I and other detainees were called once to investigation; the candidate was there and the police officer told me that the police will release me at the good-will request of the candidate. Later, the candidate became the head to the local council, voted in by a majority of the elected members.
Ahmad Fayyad, a young worker/intelllectual was also arrested, and others from the villages of Jatt, and Faradis.
FacebookTwitterWhatsAppTumblrPinterestEmail