Protesting the Arrest of Nabil Saad 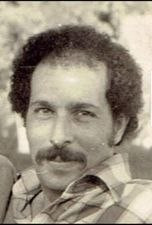 Nabil Saad, a member of the Israeli Socialist Organization, was arrested on Wednesday, October 8th, by the Jerusalem police. After 48 hours he was brought before a judge of peace in Jerusalem, who issued against him an order of arrest for another 10 days.

In the meantime, Nabil’s work was interrupted, as well as his studies in university. The Jerusalem police even refused to receive for him a package (containing items for shaving and washing, underclothes and newspapers) in spite of the responsible police officer’s assurance, a few hours before, that he would receive such a package.

We denounce the arrestation of our comrade Nabil Saad. This arrestation is part of the governmental policy destined to suppress and intimidate all the oppositional elements among Israel’s Arab citizens. These measures are in particular destined to intimidate and suppress those among them who adopt a revolutionary stand. And indeed our comrade Nabil was active in our organization, and never abandoned his position as a revolutionary socialist, in spite of the limitations imposed upon his freedom of movement by the authorities a long time ago, and in spite of police harassment, both against him in Jerusalem and against his family in Um El-Fahm.

It is known that Nabil is not the only Arab member of our organization who falls a victim to this policy. Other members and sympathizers were already arrested, or put under various sorts of home-arrest and interdictions, on the basis of the Defence (Emergency) Regulations, 1945.

We demand the immediate liberation of Nabil Saad, just as we battle for the abolition of all the oppressive laws and for the liberation of the hundreds and thousands who fell victim to these laws – the great majority of them Arabs.

We shall continue in our struggle against the policy of oppression, of conquest and of aggression led by the Israeli government; this policy may seem to be an exclusively anti-Arab one, but it represents, beyond that, a threat to the very future of Israel’s Jewish masses.

The day after my arrest, Leah Tzemel, who was still a law intern, drove to the house of the chief investigator in the Russian compound, named Tzur, and asked him to deliver clothes, toothpaste and soap to my detention cell. The police officer laughed and was astonished by the idea that an Arab is using soap and toothpaste, and Leah reacted sharply to his racist remark. So in the end he was forced to approve the delivery of the items.

The next morning, when the said officer  brought me before a justice of the peace, to ask him to extend my detention, the judge approved the request of the police without asking my opinion. I then remarked to the judge, that he approved the police request and ignored me. And the judge asked me – after signing the police request – what do I have to say. I commented to the judge that he had to ask me before signing the application, and not after it was approved. The judge was not impressed by my words, got up and left.

At the detention center I became acquainted with Charlie Bitton, Saadia Marciano and Chaim Turgeman (who would become leading Black Panthers). They were detained for breaking into a CP club in the Musrara neighborhood. During my entire period in the detention center in the Russian compound, we held daily “house meetings” discussing the political situation, and the status of the Arab-Jews in Israel. We agreed to meet after our release. The meeting took place in 1970, after all of us were released, and a close cooperation would later develop between “Matzpen” and the Black Panthers movement.