[A noteworthy phenomenon on the Israeli political scene is the proliferation of partially overlapping groups and committees set up to protest against the Israeli occupation and to oppose it in various ways. The number of these groups has increased particularly in response to the Palestinian uprising, so that now there are between 40 and 50 such groups. Each group appeals to a specific sector of the population (women, academics, members of a given profession) and engages in specific forms of protest. One of these groups is ‘Ad-Kan (No More), whose English-language appeal, dated April 1988, is reproduced below.]

This letter is on behalf of an organization of faculty members at Tel Aviv University called ‘Ad-Kan (“No More”). We are an ad hoc group formed in response to the extreme gravity of the situation in the occupied territories today. While the members of ‘Ad-Kan hold diverse political views, we are united in our commitment to bring an end to the occupation through negotiations with the Palestinians on the basis of mutual recognition and equality.

Unfortunately our government refused to take a stand showing willingness to negotiate with the Palestinians and has chosen instead the path of repression in its continuing attempt to control the Palestinian population. This road leads straight to catastrophe. To name just a few recent acts: All of the Gaza Strip (650,000 people) is placed under curfew nightly from 10 PM to 4 AM, for an indefinite period. Gasoline [petroleum] supplies have been partly cut off to the Palestinians in the territories, currency transfers to and from abroad are being blocked ‒ as are phone-calls ‒ and other punitive economic measures have been imposed on a collective basis. Beginning in mid-March, hundreds of Palestinians have been arrested and placed under what is euphemistically referred [to] here as “administrative detention”: i.e., people are imprisoned with virtually no legal process, let alone “due” process, and held in improvised prison camps, under harsh conditions, for 6 months at a time, renewable indefinitely. A new prison camp has just been set up to cope with the swelling numbers of these and other recent detainees, who number now in the neighbourhood of 3,000.

Let us tell you about a recent instance which had to do with us directly. On March 17, our group organized a colloquium at Tel Aviv University around “Witness Reports from the Territories”. CBS newsreels were shown, and addresses were made by Israeli officers just back from a stint of duty in the territories and by Palestinian members of the liberal professions (a lawyer, a journalist, a physician) to an audience of some 400 students and faculty members. One of our guest speakers was Mr Abu-Sha’aban of the Executive Committee of the Bar Council in Gaza. Mr Abu-Sha’aban has represented Palestinians before the Israeli Supreme Court, and heads the Detainees Defending Committee in Gaza. In his address, he related some of the cases which he had handled, and his political message was very moderate, his main theme being to call for peace and for a dialogue between Israelis and Palestinians.

That very same evening, immediately upon returning to his home in Gaza, he was arrested and placed under “administrative detention” (!) for six months.

This act has at least four severe implications:

We ask you to join our struggle to free Mr Abu-Sha’aban by writing to your local Israeli embassy or consulate, or directly to Mr Rabin, the Defence Minister, and to please let us know when you have done so. 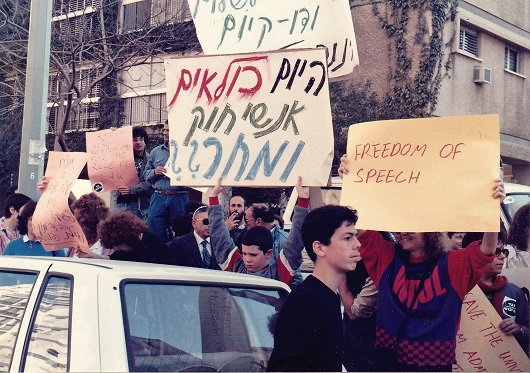 “Today they arrest lawyers, and tomorrow?” 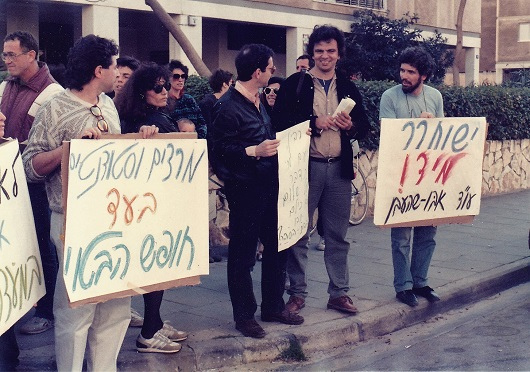 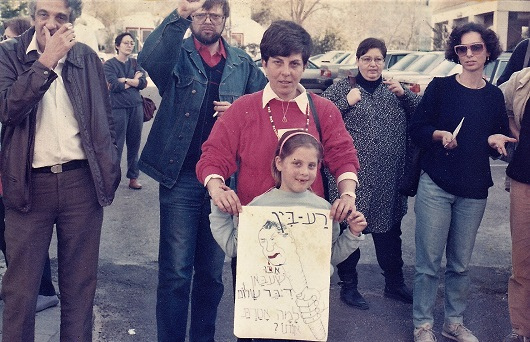 “Bad-Rabin, Abu Sha’aban talked peace, why did you arrest him?” 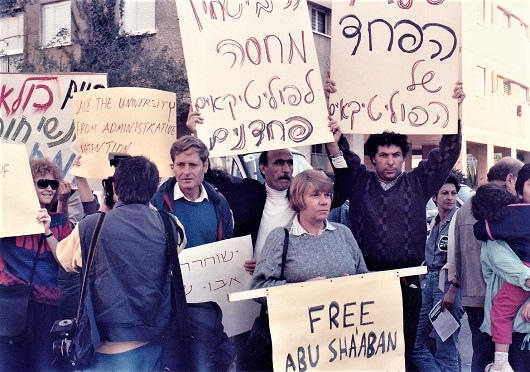 “‘Security’ is a refuge for cowardly politicians” 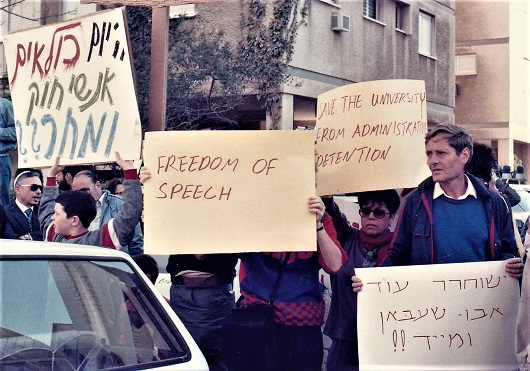 “Save the university from administrative detention” 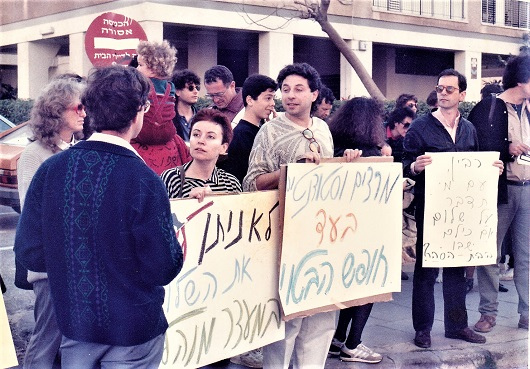 “Rabin, with whom will you speak about peace if everyone will sit in jail?”