Israel started its invasion of Lebanon in perhaps the most favourable political circumstances possible in this period. On the Arab front, Egypt had withdrawn from the arena of the struggle against Israel. Political and economic relations between Egypt and the other Arab regimes are being restored to such an extent that some of these regimes demanded that Egypt be invited to participate in the first Fez Summit Conference, which failed. The significance of this demand is that, by making it, these regimes were signalling their approval of the Camp David accords. In other words, the Arab bourgeois regimes are prepared to recognise Israel and come to an agreement with it, which implies that the PLO must be forced to accept this position and implement it.

However, the acceptance of this position by the PLO could be made possible only by smashing its military structure in Lebanon. This explains the total lack of Arab assistance to the PLO against the Israeli invasion. Indeed, this invasion was in accordance with the interest of the Arab regimes to smash the Palestinian Resistance, just as it was in accordance with Israeli interests.

The international circumstances in which the invasion took place were likewise favourable for Israel. American imperialism is in political and economic control of the region, as a consquence of the fusion of economic interests of Arab capital into the world economic order led by the US. The Arab bourgeoisies see their true interests in tail-ending this order. It is therefore necessary for them to remove any obstacles in the way, and the PLO is one such obstacle. In addition, account must be taken of the decline of Soviet presence in the region. This presence has in fact become restricted to artificial relations with Syria and Libya. As for the People’s Republic of Yemen (South Yemen) – its role and ability to influence events in the Arab world are very limited.

As far as Israel itself was concerned, an additional encouragement to start this war was provided by the guaranteed neutrality of Egypt in a war against the PLO. To all this one must add the effect of the semi-truce that had existed since the summer of 1981 between Israel and the PLO in the North: the longer this semi-truce lasted, the more difficult it would be for the Begin-Sharon government to launch a war against the PLO. From the point of view of this Israeli warmongering clique it was therefore preferable to start the war as quickly as possible, lest the semi-truce become a real one.

Goals of the War

Israel’s intentions in invading Lebanon were determined not only by its military strength and the amount of territory it controlled, but also by the objectives behind its presence and role in the region and its expectations for the future. These goals can be summarised as follows:

Consequences of the War

The war has had effects on all the peoples of the region, including the Israelis, with which we shall start.

Although the PLO, as the genuine leadership of the Palestinian national struggle, is the main enemy of Zionism, this war has been unprecedented in revealing a new protagonist, albeit a timid one, on the Israeli street – an internal oppositon voicing an anti-war sentiment, calls for the fall of the government, recognition of the PLO, and so on. Moreover, although this opposition has no clear class basis (rather, it is formed of sections of various social classes in Israel) it is nevertheless the seed for the development of future class positions. We regard this phenomenon with great appreciation, particularly those aspects of it that have involved soldiers and democratic officers who refused or held back from participating in the war. While the class participation of the Israeli proletariat is limited or unclear in scope, the Israeli left’s participation in the opposition, in all its currents, is the nucleus for a much stronger ideological opposition.

I mention these two aspects – class and ideology – not only for their intrinsic importance, but because they have been the motor forces of this war: in perpetrating the war, the bourgeois ruling class was, on the one hand, serving its own class interests, but on the other hand it was also acting under the impetus of the Zionist ideology and using it as its spiritual weapon.

The weapon of Zionist ideology itself is the obstacle to a widening of the base of the opposition to this war and to those that preceded it. There can be no doubt that the increase in the government’s popularity (as revealed by public opinion polls) is an emphatic manifestation of the hegemony of Zionist ideology in Israeli society; it is a factor which must be taken into account by all those who study that society.

In the occupied territories, there has undoubtedly occurred a heavy psychological shock which, although it had been foreseen by some, has not in fact been as deep as expected by the triumvirate Begin-Sharon-Shamir. The national movement, rather than moving into conflict with the PLO and towards acquiescence in the occupation, has supported the PLO as sole legitimate representative of the Palestinian people and has reacted with increased bitterness towards the Arab regimes. Even those whom Israel labels ‘moderates’, who represent the commercial and comprador bourgeoisie with economic interests in Jordan and other Arab countries, have been unable to decide to come out against the PLO. On the contrary, they have rallied round it, although at the same time they have proposed some concessions which they regard as justified.

As for the other Arab peoples, I believe they are unable to speak their mind; any movement is threatened with direct repression. This is why the only positions visible on the surface are those of the regimes. The Arab regimes, having maintained silence during the war, became very energetic after the fighting had stopped. The second Fez Summit was postponed until the Resistance had departed from Beirut. Although it was agreed in Fez that a Palestinian state should be established, there was nevertheless a much greater inclination to accept the Reagan plan, according to which the Palestinians are to be represented via Jordan. The regimes have also revealed their willingness to recognise Israel and to put pressure on the PLO to do likewise, particularly in view of the fact that the PLO is now under the direct influence of the Arab regimes.

The Problem of the PLO

The PLO, with all its political currents, is facing its historical problem today: adopting a policy under the circumstances of defeat in Lebanon and subjection to the influences of the Arab regimes.

Foremost among the tasks facing the PLO is the preservation of Palestinian national unity. This is a demand common to all currents, particularly within the present circumstances. However, the moderate leadership of the PLO, while seeing the need for maintaining national unity, believes in the necessity of a rapprochement with Jordan, allowing King Hussein to act as representative on behalf of the Palestinians, under the slogan of ‘saving what can be saved, before it is too late’. The left organisations, on the other hand, while also seeing the need for preserving national unity, advocate closer ties with Syria, as opposed to Jordan.

The need for national unity increases the likelihood that it will be maintained. But the liquidation of the Palestinian identity and its subsumption under one Arab regime or another will threaten this unity with breakdown.

The dilemma facing the Palestinian Resistance today is critical and dangerous. This is why even those who advocate negotiations via Jordan can support their case with some logical arguments. Those who support closer relations with Syria also have reasonable arguments and excuses of their own. Neither have a clear-cut case. Moreover, it seems to me that there is no appreciable difference between the positions of the two bourgeoisies, the Syrian and the Jordanian; and in any case, what can possibly be achieved through Arab diplomacy?

How can it be demonstrated that Israel will withdraw from all or part of the occupied territories, which it considers as ‘liberated’?

What guarantee is there that Reagan will force Israel to withdraw, however partially, from the occupied territories?

Who can vouch even that Israel will concede the whole of southern Lebanon?

How can Israel and America be expected to do all this (and it is quite a lot) in a situation characterised by: the open willingness of the Arab regimes to recognise Israel; the departure of the PLO from Lebanon, and the loss of any territory from which it can make its independent decisions, or the decision to wage armed operations against Israel; the disintegration of the Arab ‘front of rejection and steadfastness’, and its total lack of support for the PLO; the absence of any role for the Soviet Union, whose position towards the last war was determined by reasons of State rather than by reasons of revolution? In the face of all this, why should Israel and America make any concessions? 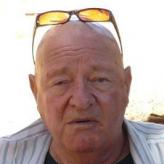