The Resurrection Party ‒ The Party Of Death 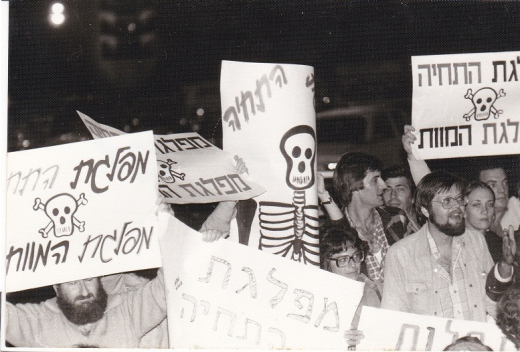 In October 1979, members and supporters of Matzpen demonstrated in Jerusalem, protesting the establishment of the extremist Zionist party “Resurrection”. The demonstrators raised the slogan “The Resurrection Party ‒ The Party Of Death” in front of the public present at the Founding Convention of the Party. 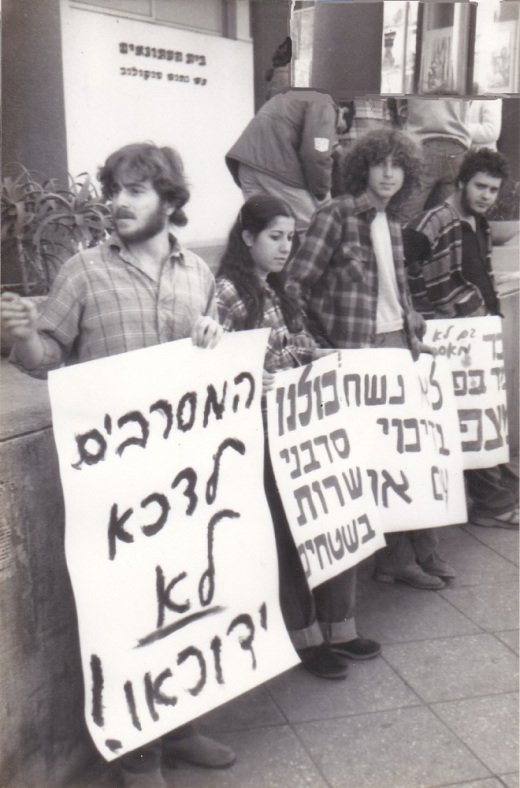 In early 1980, a demonstration of the “27 Group” ‒ 27 young people refusing to serve in the Occupied Territories. Danni Amir, a member of the group, had so far served two prison terms of 35 days each. The demonstrators protested his incarceration and demanded his release, flagging banners with such slogans as “Those Refusing To Oppress Should Not Be Oppressed”; “We All Refuse To Serve In The Territories”; “Nothing Stands In The Way Of Conscience, Not Even Prison”. 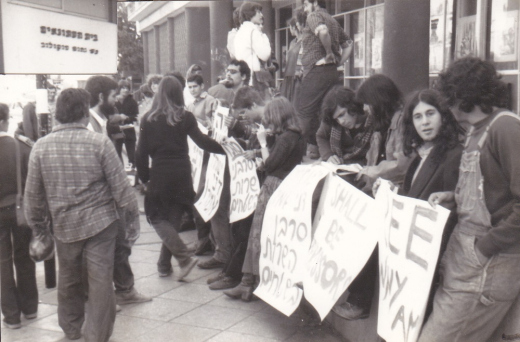 On March 13, 1980, Oron Adar, another member of the group, was sentenced to 35 days in Military Prison for refusing to serve in the Occupied Territories. In a letter sent by members of the group to the Mayors of Municipalities in The West Bank and Gaza, they wrote: “The imprisonment of members of this group proves that the Army insists on breaking us. However, these efforts will not deter us from continuing the struggle for peace between the two peoples”. 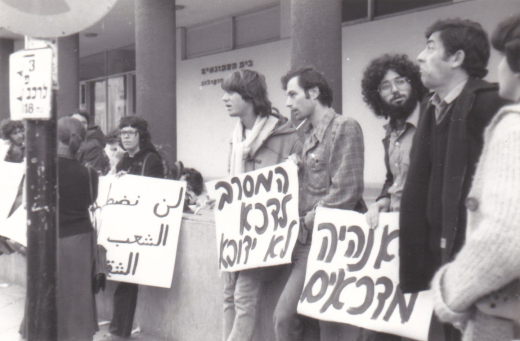 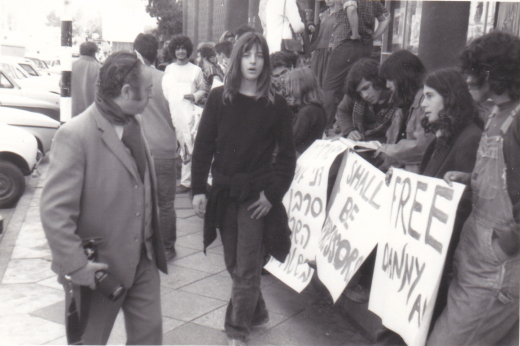 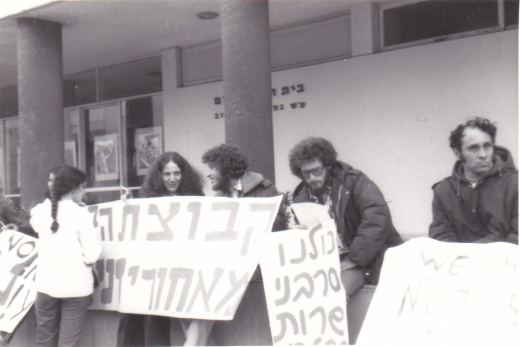