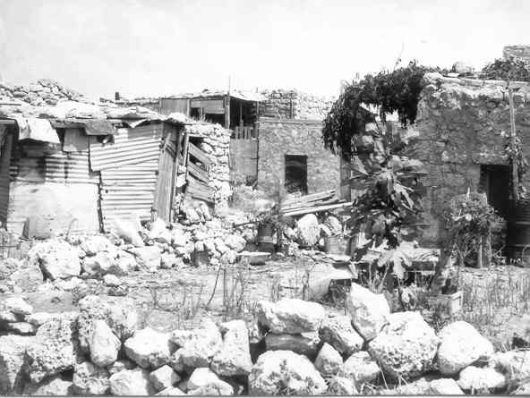 [The article was originally published in Hebrew, in Matzpen no. 84, April 1978]

The Armenian people have a history of more than 1,500 years. By the 19th century, many Armenians were scattered throughout the Ottoman Empire. There were still large concentrations of Armenians in their historic homeland – on the north-eastern part of Turkey, near the border with Iran and at the foot of the Caucasus; and in “Little Armenia” – in Southeast Asia Minor, near the northern border of Syria. There the Armenians continued to cultivate their lands and their aspirations for national independence.

The rest of the Armenians were scattered throughout the major cities of the Ottoman Empire. They engaged – like the rest of the townspeople – mainly in trade, and were also famous as excellent craftsmen. Being a different national and religious group from the rest of the population made them (like the Jews in Europe) the target of their neighbours’ hatred and envy. The Ottoman governors used (like their Russian counterparts in Ukraine) to incite the population against the Armenians. Thus, at the end of the 19th century, pogroms were carried out against Armenians living in Istanbul. In Armenia itself the Ottomans incited one oppressed national group – the Kurds, against another one – the Armenians. In this way the Ottomans hoped to make the Kurds forget their aspirations for independence, and keep the two peoples at war with each other, instead of them waging a liberation war against the Ottoman rule itself.

With the outbreak of World War I, the rulers of the empire gradually determined to carry out the “final solution” of the Armenian question. The Armenians were suspected of secretly sympathizing with Russia and France, Turkey’s enemies in that war.

This was the context of the decision taken to expel the Armenians from their places of habitation in Armenia (near the Russian border) and Little Armenia (where they could be expected to receive French help via the Mediterranean). The deportation was accompanied by massacres, looting and destruction. The fate of the Armenians and the history of their struggle at that time in Little Armenia found a literary expression in Franz Werfel’s novel The Forty Days of Musa Dogh. During the expulsion, a third of the Armenian population perished, about a million people. 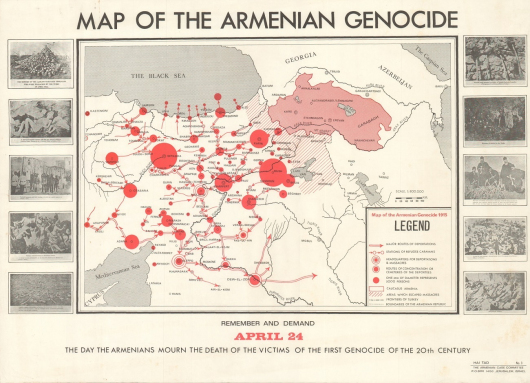 Map of the Armenian Genocide. Such a map was seen by the Matzpen reporter hanging on the wall of one of the homes he visited in Sheikh Brak, March 1978.

Armenian refugees then dispersed and reached most of the countries of the Arab East. Several hundred refugees also came to Palestine, and most of them joined the Armenian communities in Jerusalem, Haifa and Jaffa. A group of peasant families, from a small village near the city of Adana in Little Armenia, opted to continue their previous way of life. An Arab landowner agreed to lease them his lands in Sheikh Brak, on the coastal area south of Haifa. The Armenian peasants settled on the land, built houses, expanded the village and engaged in agriculture.

Being holocaust survivors themselves, the Armenians preferred to keep sidelined from the conflict between the Zionists and the Palestinian Arabs, so as to not provide either of the warring parties an excuse to attack them. But they did not benefit much from this policy. With the outbreak of the 1948 war, the surrounding Jewish communities began to covet the Armenian’s lands too. Indeed, immediately after the inhabitants of the surrounding Arab villages (Jaba, Ein Ghazal and Ijzim) were expelled, the Jewish settlements in the area (mainly Kibbutz Ein Carmel and the cooperative-village Ein Ayala) took over the lands of Sheikh Brak, on the pretext that the land did not belong to the Armenian peasants but to an Arab landowner who fled…

The Armenian peasants were allowed to stay in the village. But in the absence of arable land, without electricity (until today), without running water (until recently) and without an access road (until the construction of the Hadera-Haifa highway), the young had to seek livelihoods outside their village. Most of them moved to Haifa over the years, a minority to Jaffa. Only old people remain in the village now.

There is no doubt that the lack of public services and the obstacles put in the way of the village’s development, including the refusal to grant any building permits, constituted a deliberate pressure to force the young to leave, with the purpose that with the eventual death of the village’s elderly, Zionism will be able to justify “liberation” and “occupation” of yet another piece of land from “foreigners”.

[The last inhabitant left the village in 1981, three years after the visit by Matzpen’s reporter, and all the village buildings were demolished. In 2003, the Armenian-Israeli nurse Naomi Nalbandian, a native of Sheikh Brak, was chosen to be one of the ceremonial torch bearers on the eve of Israel’s Independence Day. An article about her and her story, entitled “The Unseen Village“, by Sarah Leibovich-Dar, was published in the Haaretz weekly magazine, and was presented to the readers as follows: “Not known to many, but forever remembered by its former residents – the story of the Armenian village Sheikh Brak is part of Israeli ambivalence toward the Armenian Holocaust”.]