The Day of the Land – Akiva Orr 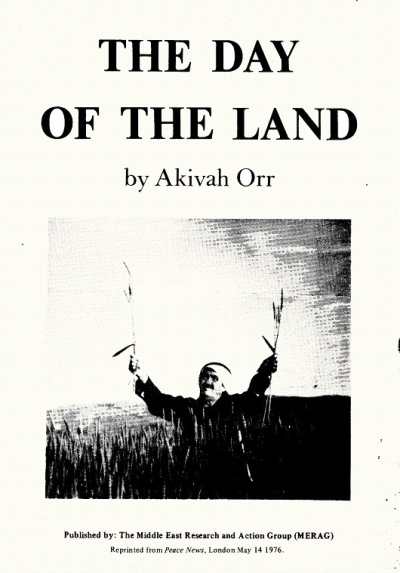 Published by The Middle East Research and Action Group (MERAG),
reprinted from Peace News, London, May 14, 1976.

On Tuesday, March 30, 1976, those Palestinian Arabs who have been citizens of Israel since 1948 (about half a million) held a general strike to protest against the most recent expropriations of their lands by the Israeli government. Despite the fact that the strike was legal, openly publicized and discussed beforehand, the Israeli army, police and border police, in full battle gear and with live ammunition, attacked a number of Arab villages in Israel, three of them (Deir Hanna, Arabeh and Sakhnin) on the evening before the strike, wounding tens of people and killing three. Their only crime was that they intended to stay in their homes the next day.

On the next day more villages were raided and three more people were killed. In all six people were shot dead, 69 were badly wounded and had to go to hospital, 260 were arrested without charges – most of them dragged from their beds at five in the morning.

The background to these events is the Israeli policy of “Judaization” of areas in Israel where there is still an Arab peasant population. This policy has two aims:

On March 1, 1976, the Israeli cabinet approved a new plan to expropriate thousands of acres of land owned by Palestinian citizens in Israel: some 1,500 acres in northern Galilee and 6,000 acres in southern Galilee were to be confiscated. The owners of the land set up a Committee for the Defence of the Lands, which was the organizational backbone of the strike which took place on March 30. According to one member of the Committee, Salibah Khamis, since 1948, when Arabs owned a million acres of land in Israel, the Israeli state has taken over all but 200,000 acres, of which only 75,000 is arable.

As an act of resistance to the coming expropriations, four village councils from Galilee placed an advertisement in the Israeli daily Ha’aretz in February (See below). These were the villages which suffered most from the recent confiscations and which the Israeli army attacked viciously on the night before the strike. 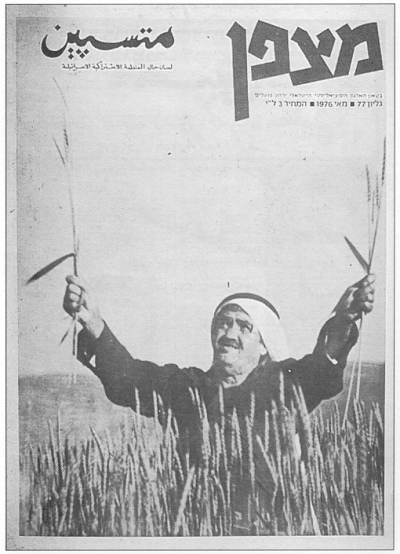 Hassan Na’amneh. Photograph by Akiva Orr,
first published on the front page of Matzpen no. 77, May 1976.

One of the peasants who lost their last bits of land in the new wave of expropriations was Hassan Na’amneh. He was born in 1914, in the village of Arabeh in the Galilee, where his family had lived for generations. He has been a peasant all his life, as were his father and grandfather. In 1965\6 the Israeli government confiscated a forest of some thirty acres owned by the family. They still had forty acres of good arable land, on which they grew corn and tobacco, and until 1974 Hassan worked the land normally. Sometimes the Israeli army used the area as a training ground, warning the peasants beforehand. (The British did the same before 1948, but they paid compensation for damaged crops or lost labour. In 1951, Hassan’s father was killed while working this plot when his plough touched an old shell buried in the soil.)

In 1974 the whole area (“Area Number 9”) was declared “a military installation” and all those owning land there were issued with special permits which had to be carried (together with the regular Israeli identity card) whenever they worked on their land. Hassan Na’amneh was brought to court and fined £50 for failing to carry his card, despite the fact that the police know him well, know where he lives, what land he owns and even that he has a permit.

The permits are issued by the Israeli police under an Emergency Defence Regulation dating back to 1945 (the period of British mandate) and allows the holder to do agricultural work in daytime. The validity of the permit expires when the Israeli army or police inform the holder (or his village or employer) “that the Army intends to use the closed area for training”. Instructions are included on what to do if objects “made of metal, wood, cardboard or other material” are found within the firing area, but if the instructions are not fulfilled the holder “will bear responsibility for the outcome”.

Having to have this permit to work one’s own land was bad enough, but since February 1976 the Israeli authorities have refused to issue new permits. The entire Na’amneh family worked their land without permits and were immediately charged by the police. Every day police and soldiers drag Hassan and his family off their land. Recently they dug a ditch about a quarter of a mile long, six yards across and six yards deep just in front of the land and poured the earth over Hassan’s crop of wheat. Hassan sat there watching it and asked “Why are you burying my crops?”

They answered “This is not yours, it is expropriated land”.

“But this is the bread of my children”.

“Go away or we’ll arrest you”.

Hassan filled a bucket with soil from his land and carries it with him. He has asked for it to be placed next to his body in his grave. Hassan is a law-abiding, tax-paying Israeli citizen who has never acted in any way against the Israeli authorities. It is the sheer fact of his existence as a peasant in his village that Zionism, and the Israeli authorities, considers as a threat. 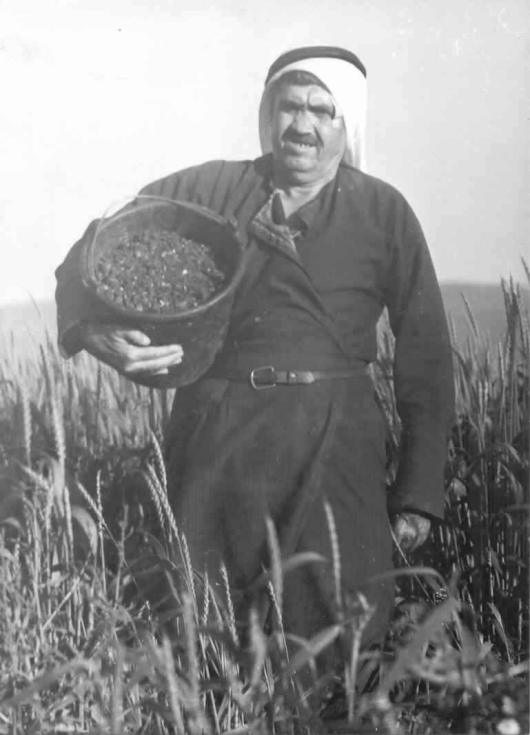 Hassan Na’amneh and the bucketfull of his confiscated soil.
Photograph by Akiva Orr.

We were walking from Hassan’s land back to the main road when another peasant, also from the village of Arabeh, Sa’id Shahada Na’amneh, begged us to see what the soldiers, driving armoured vehicles, had done to his olive grove the day after the Day of the Land. He showed us his trees, aged forty years, each of which he tended and knew individually. He pointed out, with tears in his eyes, seventeen uprooted trees, and the scars and bruises on the remaining ones. He took one of the uprooted forty-year-old trees, cropped it and replanted it. He insisted that we photograph him next to it. 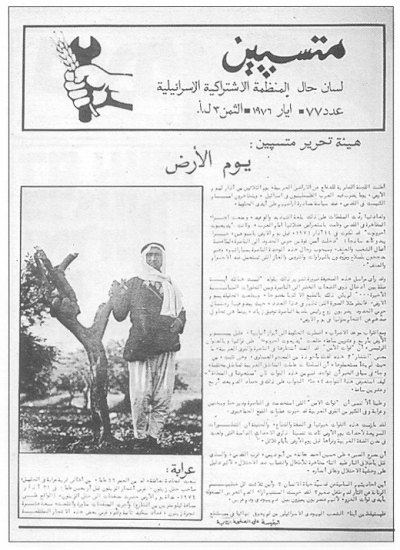 Sa’id Shahadeh Na’amneh (66) near his replanted olive tree.
His photograph was first published on the Arabic front page of Matzpen no. 77, May 1976.

On the day the trees were uprooted the army had no manoeuvres in the area, it just came to “show a presence” and “teach them a lesson”. “They” happened to be a 66-year-old peasant and some forty-year-old olive trees (which start bearing fruit seven years after planting the seed), miles from anywhere.

Sa’id, too, is a law-abiding, tax-paying Israeli citizen. It is his sheer existence as an Arab peasant living off his land, together with others like him, that makes Zionism consider him as an enemy.

To all People with a Conscience in Israel

A call by the villagers of Sakhnin, Arabeh, Deir-Hanna, and Arab-El-Sawa’ed, to prevent the confiscation of their lands.

We call upon all people of conscience and of a feeling for human justice in Israel to act with us to prevent this calamity threatening us, to stop this injustice, to abolish the decree to close “Area Number 9”, to prevent the confiscation of our lands, to enable us to live on our lands and cultivate them for our living. 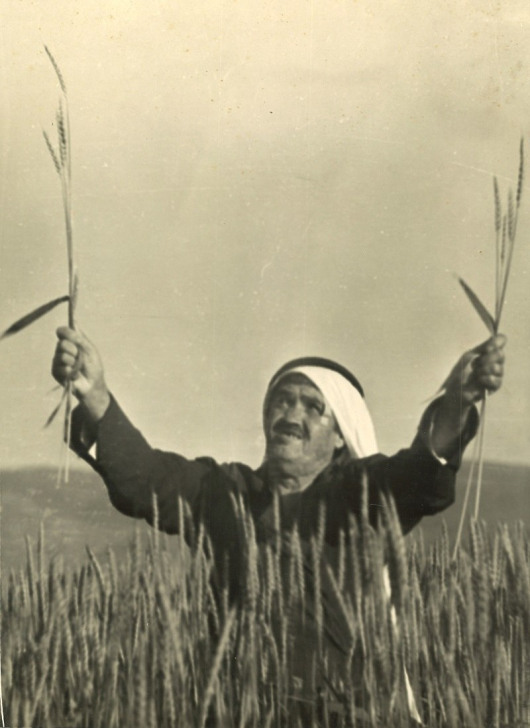 Hassan Na’amneh on his confiscated land. Photograh by Akiva Orr. 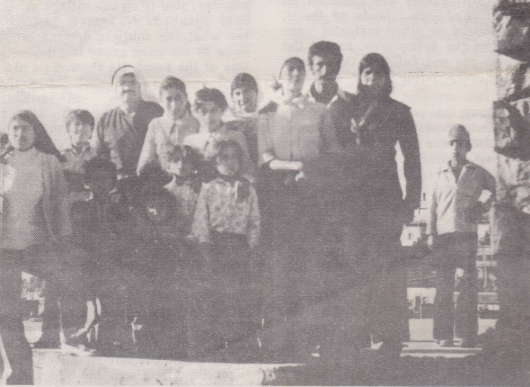 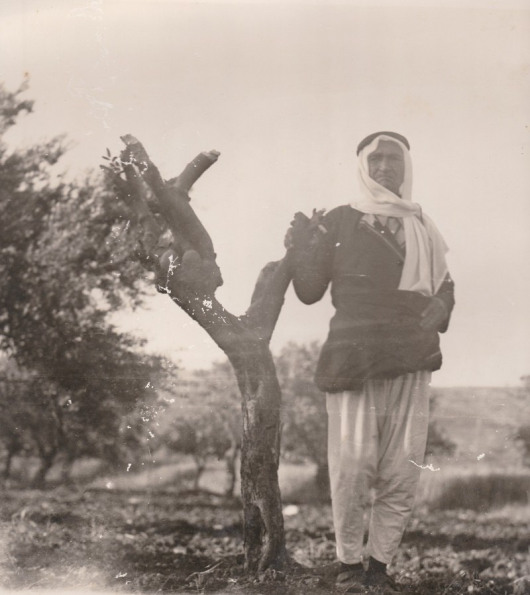