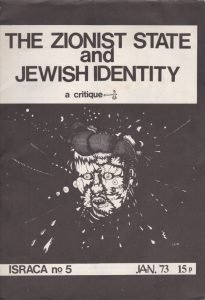 This issue of the magazine of the Israeli Revolutionary Action Committee Abroad (ISRACA) is devoted to a critique of the ideological, cultural, and psychological aspects of Political Zionism.1 All articles have been written by Israelis who have been struggling against Zionism for many years. 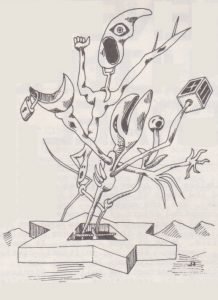 1 Generations and Cultures in Israel
A general survey of motivations and rationalizations among three generations in the dominant social group in Israel – the European Jewish minority.

2 The identity of an Oriental Jew
A personal account of frustrations typical to the Oriental Jewish majority in Israel resulting from its cultural subordination to European Zionism. 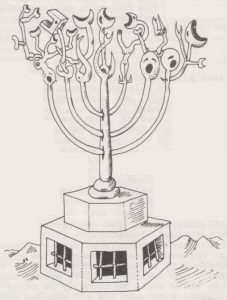 3 Russian Jews, ‘Black Jews’, and non-Jewish Jews
An article which first appeared in the French issue of ISRAC (dec.1971), describing various aspects of ethnic discrimination and religious coercion exercised within the Jewish community in Israel.

4 Reply to Sol Stern
A reply to an article by a left-wing Zionist who criticized Israeli policies while defending Zionism as “the national liberation movement of the Jewish people” (‘My Jewish problem and ours’, Ramparts, Dec. 1971). The reply published here was originally sent to Ramparts but was neither acknowledged nor published. Mr. Stern now writes for the New Statesman. 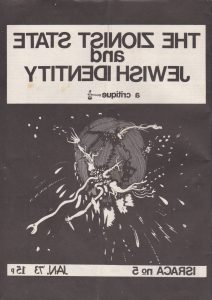