The Gaza Strip has become a focus for the Palestinian Arabs’ resistance movement against the state of Israel.

The woman saboteur who took part in the Zurich raid on the aeroplane came from the Strip; from Han Yunis.

The first woman to be killed in a demonstration was shot by an Israeli army bullet in the Strip; in Rafah.

More than 100 schoolgirls were wounded during one demonstration. This happened in the Strip; in the town of Gaza.

The wave of strikes, school closures and youth demonstrations that have spread through the West Bank started in the Strip.

The Gaza Strip is the focus for mine laying, bomb throwing and other daily terrorist activities. These have not been publicized as much as the infernal bomb in the Maheneh Yehudah market or the explosion in the supermarket. But they are more dangerous, since they are part of a systematic, continual and protracted campaign.

In brief, it is precisely the Strip – which is the farthest from the saboteurs’ bases in Jordan, Syria and Egypt – that has become the heart of the hostile Palestinian movement.

An open red-hot hatred burns there which has not yet reached wider areas in the West Bank.

Over there active resistance is crystallizing.

Recently, a year and a half too late, many good people went to the Strip, came back wiser, and knowingly provide the answer.

It is quite simple: in Gaza people are starving. In Gaza there are hundreds of thousands of people, but there are no jobs. The economic situation there is bad, much worse than in the West Bank. It is quite clear and easy to understand. And if the economic problem is solved, if food and jobs are provided – then all will be well, and love of Israel will dwell in Gaza and in all the area around it.

I am sorry, but I have to refute this rosy optimism. It is groundless.

First of all, the bad economic situation in Gaza is not accidental. It has not happened just like that.

All this is so because someone wanted it to be so.

Someone who wanted to create a certain situation in order to achieve certain results.

Someone who has actually received results – but not those he hoped for. 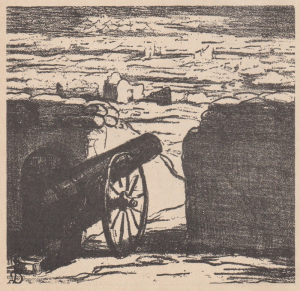 The civil servant answered clearly: that is the government’s policy.

The policy is to starve the Strip, to create extremely difficult living conditions, so that the inhabitants – especially those living in refugee camps – will clear out of the place. Clear out and go to Jordan, or at least to the West Bank.

Therefore a worker in Gaza is given to understand that he can get a far higher wage for the same job if he moves to the West Bank (e.g. to the empty refugee camp near Jericho).

Some went to the West Bank, where they are playing a similar role.

But all in all, not so many people left. The demographic picture remained the same as it had been. And one day the Jordanians closed the bridges to these people and the migration was stopped.

An enlightened reader may well ask who decided on such a stupid policy, who were the fools who adopted that line.

For the policy seems to have been invented by Yasser Arafat himself, as if devised by El-Fat’h to further the aims of El-Fat’h!

But it was not Arafat who made the decision, and it was not made to further the aim of El-Fat’h.

It was made by the top people in Israel, by the cabinet. Why? With what aim?

Very simply – to depopulate the Strip as far as possible.

In order to facilitate the annexation of the Strip to the State of Israel.

Inside the government there is a heated personal debate between annexationists of various kinds. Each minister wants to annex something; some want more, some want less, and some want everything. But there is absolute unanimity on one point: that the Gaza Strip must be annexed.

Last week, Meir Ya’ari, who is a “moderate”, furiously attacked Pinhas Sapir, because the latter had omitted to mention in one of his statements that we insist unconditionally on annexing not only of Jerusalem and the Golan Heights but also the Gaza Strip.

(Translator’s note: Mr. Avneri, the author of this article, himself voted in the knesset for the annexation of East Jerusalem).

And whoever has the extraordinarily retentive memory which is necessary for remembering all the statements made by Minister Moshe Dayan may recall that shortly after the [1967] war Dayan created a scandal by a hasty and mistaken declaration that the Strip had already been annexed.

The Allon plan includes the annexation of the Strip. A map of the plan, showing the Gaza Strip as part of Israel, was printed (with the Minister’s approval) in Time and thus reached the whole world – including the town of Gaza itself.

The annexationists have no desire to bring 400,000 Arabs into Israel. They want to oust at least half of the population; i.e., to transfer the 200,000 refugees to some other place, to Amman or Nablus, so that only the 200,000 original inhabitants are left.

Hence the low wages, the steps taken to make people leave, the “iron fist” methods – that have started a vicious circle of terrorism… (Translator’s note: here two or three words were deleted by the Israeli censor) hate and reprisal, the killing of Israeli soldiers and an Arab girl-demonstrator, the stone-throwing by schoolgirls and the baton blows on their heads.

And this is just the beginning.

What is going to change if the Government decides to learn a lesson from the present situation which they themselves have created – and will try to give jobs and reasonable wages to the local inhabitants and improve local conditions?

It is hard to tell.

Such a vicious circle is the Devil’s own invention. Once created, it is very difficult to break.

One act entails another, with cruel and inexorable logic.

Moreover, even if wages are improved and unemployment reduced, nobody in the Strip will forget that somewhere the decision to annex his land has been made.

The struggle of the youth in Gaza is no longer against famine. It is against national annihilation – against the policy aimed at taking the Gaza Strip out of the living space of the Palestinian people and annexing it to a country they hate.

In this respect, what is happening in Gaza reflects the national awakening of the Palestinians. It is a movement against annexation, and for the continuation of Gaza as part of the territory of Palestine.