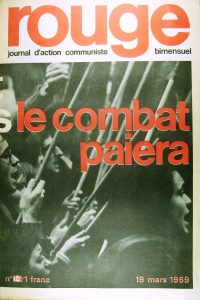 (Translated from Rouge, a bi-monthly published in Paris as a “Journal of communist action”, 19.3.69)

The Palestine Committees were first created at the School of Political Sciences towards the end of December 1968, by militant revolutionaries. Gradually those committees spread to other faculties in Paris and the provinces.

The Palestine Committees can play a role in mobilizing response to the political events in the Middle-East. They can arm the militants who are otherwise engaged in the Action Committees.

The general assembly of the Palestine Committees took place on Monday, February 10th, 1969 in the Mutuality building. In the course of this General Assembly, the following basis of action was adopted: 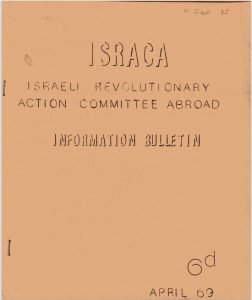